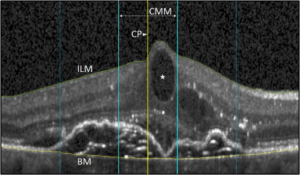 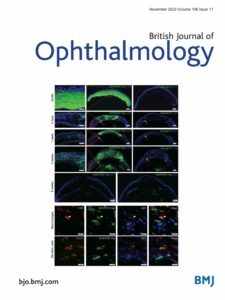 Aim To assess the detection rate of retinal neovascularisation (NV) in eyes with proliferative diabetic retinopathy (PDR) using widefield optical coherence tomography angiography (WF-OCTA) in comparison to ultrawidefield fluorescein angiography (UWF-FA). Methods Single-capture 65°-WF-OCTA-imaging was performed in patients with NV at the disc or elsewhere (NVE) detected on UWF-FA using a modified PlexElite system and B-scans were examined for blood flow signals breaching the internal limiting membrane. Sensitivity of WF-OCTA and UWF colour fundus (UWF-CF) photography for correct diagnosis of PDR was determined and interdevice agreement (Fleiss’ κ) between WF-OCTA and UWF-FA for detection of NV in the total gradable area and each retinal quadrant was evaluated. Results Fifty-nine eyes of 41 patients with PDR detected on UWF-FA were included. Sensitivity of detecting PDR on WF-OCTA scans was 0.95 in contrast to 0.78 on UWF-CF images. Agreement in detecting NVE between W... 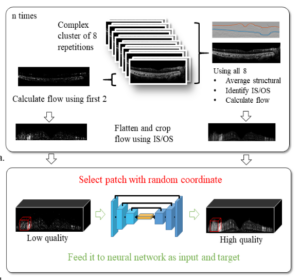 Optical Coherence Tomography Angiography (OCTA), a functional extension of OCT, has the potential to replace most invasive fluorescein angiography (FA) exams in ophthalmology. So far, OCTA’s field of view is however still lacking behind fluorescence fundus photography techniques. This is problematic, because many retinal diseases manifest at an early stage by changes of the peripheral retinal capillary network. It is therefore desirable to expand OCTA’s field of view to match that of ultra-widefield fundus cameras. We present a custom developed clinical high-speed swept-source OCT (SS-OCT) system operating at an acquisition rate 8-16 times faster than today’s state-of-the-art commercially available OCTA devices. Its speed allows us to capture ultra-wide fields of view of up to 90 degrees with an unprecedented sampling density and hence extraordinary resolution by merging two single shot scans with 60 degrees in diameter. To further enhance the visual appearance of ... 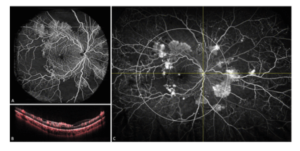 Aim: To assess the detection rate of retinal neovascularisation (NV) in eyes with proliferative diabetic retinopathy (PDR) using widefield optical coherence tomography angiography (WF-OCTA) in comparison to ultrawidefield fluorescein angiography (UWF-FA). Methods: Single-capture 65°-WF-OCTA-imaging was performed in patients with NV at the disc or elsewhere (NVE) detected on UWF-FA using a modified PlexElite system and B-scans were examined for blood flow signals breaching the internal limiting membrane. Sensitivity of WF-OCTA and UWF colour fundus (UWF-CF) photography for correct diagnosis of PDR was determined and interdevice agreement (Fleiss' κ) between WF-OCTA and UWF-FA for detection of NV in the total gradable area and each retinal quadrant was evaluated. Results: Fifty-nine eyes of 41 patients with PDR detected on UWF-FA were included. Sensitivity of detecting PDR on WF-OCTA scans was 0.95 in contrast to 0.78 on UWF-CF images. Agreement in detecting NVE between WF-O... 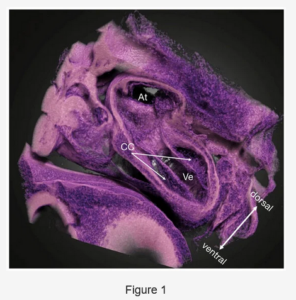 Structural and Doppler velocity data collected from optical coherence tomography have already provided crucial insights into cardiac morphogenesis. X-ray microtomography and other ex vivo methods have elucidated structural details of developing hearts. However, by itself, no single imaging modality can provide comprehensive information allowing to fully decipher the inner workings of an entire developing organ. Hence, we introduce a specimen-specific correlative multimodal imaging workflow combining OCT and micro-CT imaging which is applicable for modeling of early chick heart development-a valuable model organism in cardiovascular development research. The image acquisition and processing employ common reagents, lab-based micro-CT imaging, and software that is free for academic use. Our goal is to provide a step-by-step guide on how to implement this workflow and to demonstrate why those two modalities together have the potential to provide new insight into normal cardiac developme... 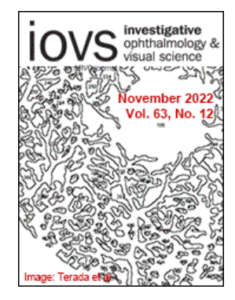 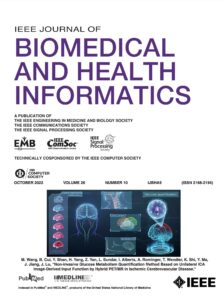 Bruch's membrane (BM) segmentation on optical coherence tomography (OCT) is a pivotal step for the diagnosis and follow-up of age-related macular degeneration (AMD), one of the leading causes of blindness in the developed world. Automated BM segmentation methods exist, but they usually do not account for the anatomical coherence of the results, neither provide feedback on the confidence of the prediction. These factors limit the applicability of these systems in real-world scenarios. With this in mind, we propose an end-to-end deep learning method for automated BM segmentation in AMD patients. An Attention U-Net is trained to output a probability density function of the BM position, while taking into account the natural curvature of the surface. Besides the surface position, the method also estimates an A-scan wise uncertainty measure of the segmentation output. Subsequently, the A-scans with high uncertainty are interpolated using thin plate splines (TPS). We tested our method with...

The Bio-Optics & Optical Engineering Lab at the Nicolaus Copernicus University invites applications for the PhD student position in a project entitled Deciphering nano-scale tissue motion in healthy and diseased eyes for next-generation ocular diagnostics financed by the Polish National Science Center (Programme OPUS, 2023-2026). We are seeking a talented young researchers for the position: PhD student.   In this project, we will develop high-speed in vivo optical imaging methods and uncover pulsation-induced nano-scale tissue motion within and in-between eye structures. In this project, the research groups of Dr. Ireneusz Grulkowski at Nicolaus Copernicus University (Poland) and Dr. Bernhard Baumann at Medical University of Vienna (Austria) will team up to tackle the development of next-generation optical imaging technology and investigate nano-deformations in healthy and diseased eyes. These methods will finally enable the quantitative assessment and 4-D mapping of pulsat... 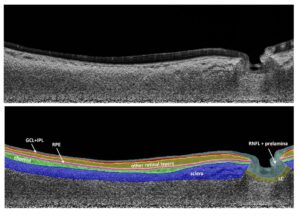 Purpose : (1) To develop a deep learning algorithm to automatically segment connective and neural tissue structures of the optic nerve head (ONH) and macula in 3D wide - field optical coherence tomography (OCT) scans; (2) To exploit such information, to assess whether 3D macula or ONH structures (or the combination of both) provide the best diagnostic power for glaucoma. Methods: A cross - sectional comparative study was performe d which included wide - field swept - source OCT scans from 319 subjects with primary open angle glaucoma (POAG) and 298 non - glaucom a subjects . After acquisition, all scans were compensated to improve deep - tissue visibility. We developed a deep learning algorithm to automatically label all major neural and connective tissue structures by using 270 manually annotated B - scans (from 69 eyes with POAG and 48 eyes without POAG) for training. The performance of our algorithm was assessed using the Dice coefficient (DC) . A classification algorithm (3D - C... 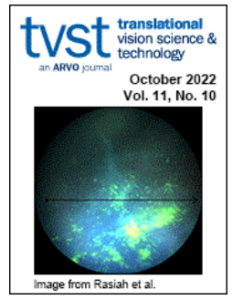 Purpose: Melanin plays an important function in maintaining eye health, however there are few metrics that can be used to study retinal melanin content in vivo. Methods: The slope of the spectral coefficient of variation (SSCoV) is a novel biomarker that measures chromophore concentration by analyzing the local divergence of spectral intensities using optical coherence tomography (OCT). This metric was validated in a phantom and applied in a longitudinal study of superoxide dismutase 1 knockout (SOD1-/-) mice, a model for wet and dry age-related macular degeneration. We also examined a new feature of interest in standard OCT image data, the ratio of maximum intensity in the retinal pigment epithelium to that of the choroid (RC ratio). These new biomarkers were supported by polarization-sensitive OCT and histological analysis. Results: SSCoV correlated well with depolarization metrics both in phantom and in vivo with both metrics decreasing more rapidly in SOD1-/- mice with age (P &l... 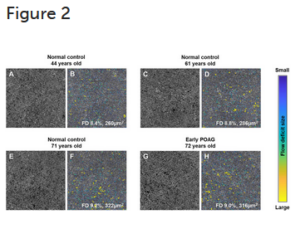 Introduction: There has been a growing interest in the role of vascular factors in glaucoma. Studies have looked at the characteristics of macular choriocapillaris in patients with glaucoma but with conflicting results. Our study aims to use swept-source optical coherence tomography angiography (SS-OCTA) to evaluate macular choriocapillaris metrics in normal participants and compare them with patients with early primary open-angle glaucoma (POAG) (mean deviation better than -6dB). Methods: In this prospective, observational, cross-sectional study, 104 normal controls (157 eyes) and 100 patients with POAG (144 eyes) underwent 3 mm × 3mm imaging of the macula using the Plex Elite 9000 (Zeiss Meditec, Dublin, CA, USA). Choriocapillaris OCTA images were extracted from the device's built-in review software and were subsequently evaluated for the density and size of choriocapillaris flow deficits. Results: After adjusting for confounding factors, the density of flow deficits was ind... 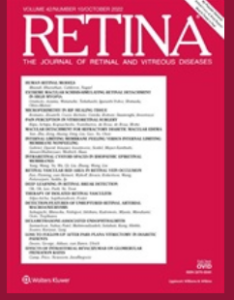 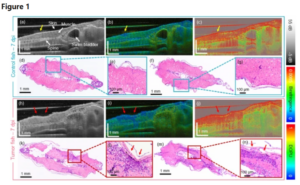 Breast cancer is a leading cause of death in female patients worldwide. Further research is needed to get a deeper insight into the mechanisms involved in the development of this devastating disease and to find new therapy strategies. The zebrafish is an established animal model, especially in the field of oncology, which has shown to be a promising candidate for pre-clinical research and precision-based medicine. To investigate cancer growth in vivo in zebrafish, one approach is to explore xenograft tumor models. In this article, we present the investigation of a juvenile xenograft zebrafish model using a Jones matrix optical coherence tomography (JM-OCT) prototype. Immunosuppressed wild-type fish at 1-month post-fertilization were injected with human breast cancer cells and control animals with phosphate buffered saline in the tail musculature. In a longitudinal study, the scatter, polarization, and vasculature changes over time were investigated and quantified in control versus t... 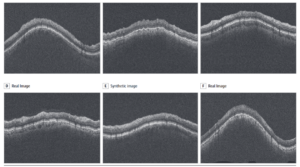 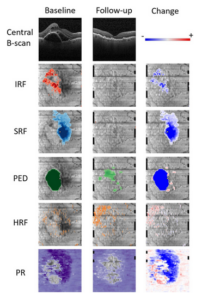