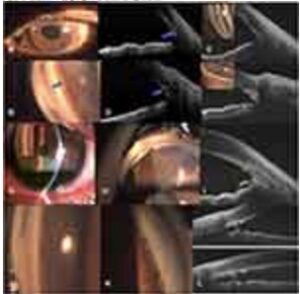 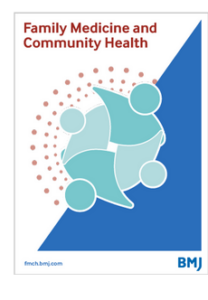 A male in his 50s, who had undergone Descemet's stripping automated endothelial keratoplasty (DSAEK) for corneal oedema following irido-corneal-endothelial syndrome and glaucoma drainage device surgery for secondary glaucoma presented with gradual decreased vision. The patient was on ripasudil 0.4% for the past 4 months prior to the presentation. Honeycomb epithelial oedema was seen with vesicles and intraepithelial microcyst formation which were also noted on anterior segment optical coherence tomography (OCT) and histopathology, that co-related with the slit-lamp findings. The patient underwent repeat DSAEK and had a good outcome. While the clinical features and OCT findings have been reported earlier, the histopathological features have not been reported. ( Read Full Article )

We describe a novel method to identify the position of the suture in the Schlemm’s canal during gonioscopy-assisted transluminal trabeculotomy (GATT). A patient with primary angle-closure glaucoma had right eye (RE) cataract and total glaucomatous optic neuropathy. RE vision was 5/60, and intraocular pressure (IOP) was 28 mm Hg on maximum glaucoma medications. RE phacoemulsification with 360° GATT using burnt tip 6–0 prolene suture was performed. Intraoperatively, the pigmented trabecular meshwork (TM) precluded correct identification as the suture was advanced ( figure 1A , red arrow). To assist in confirmation of the correct suture positioning and advancement within the Schlemm’s canal, Swan Jacob lens-aided intraoperative-Optical Coherence Tomography (iOCT, OPMI LUMERA-700, Carl Zeiss Meditec, Germany) was used. The suture was seen as an inverted Ångström (Å) sign within the Schlemm’s canal ( figure 1B , white arrow). Iris and cornea a...

Imaging of the Ciliary Body: A Major Review 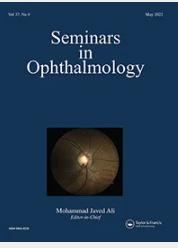 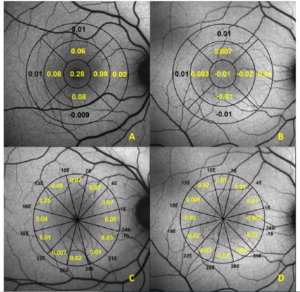 Background: To estimate macular pigment values in macular telangiectasia (MacTel) Type 2 in comparison with healthy subjects in the South Indian population across different spatial profiles and to quantify the regional differences of macular pigment optical density (MPOD) in MacTel Type 2. Methods: In this prospective cross-sectional study, healthy controls and patients diagnosed with various stages of MacTel Type 2 underwent MPOD measurement using dual-wavelength autofluorescence technique with Spectralis HRA + OCT. Results: Sixty eyes of 31 healthy subjects and 41 eyes of 22 MacTel type 2 patients were included. We found an overall decrease in MPOD values in MacTel type 2 patients (-0.109, -0.11, -0.001) in comparison with healthy subjects (0.38, 0.23, 0.06) at 1°, 2° & 6° foveal eccentricities (P < 0.001). In various stages of MacTel type 2, the mean MPOD was found to be higher in the peripheral region compared to the central region. We found a significantly lo... 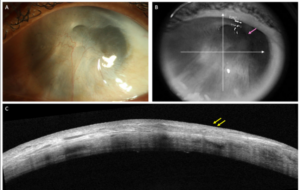 Optical coherence tomography (OCT) is analogous to ultrasound biometry in the cross sectional imaging of ocular tissues. Development of current devices with deeper penetration and higher resolution has made it popular tool in clinics for visualization of anterior segment structures. In this review, the authors discussed the application of AS-OCT for diagnosis and management of various corneal and ocular surface disorders. Further, recent developments in the application of the device for pediatric corneal disorders and extending the application of OCT angiography for anterior segment are introduced. ( Read Full Article ) 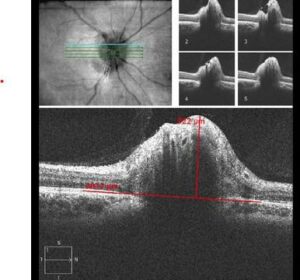 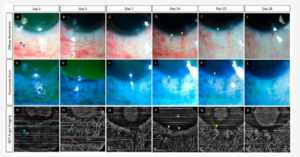 Acute ocular burns have varied manifestations which require prompt diagnosis and management to prevent chronic sequelae. Of these, the detection of limbal ischemia poses a challenge because of the subjective nature of its clinical signs. Anterior segment optical coherence tomography angiography (AS-OCTA) offers an objective method of assessing ischemia in these eyes. This review provides an overview of the technology of AS-OCTA and its applications in acute burns. AS-OCTA generates images by isolating the movement of erythrocytes within blood vessels from sequentially obtained b-scans. Limbal ischemia manifests in these scans as absent vasculature and the extent of ischemia can be quantified using different vessel-related parameters. Of these, the density of vessels is most commonly used and correlates with the severity of the injury. Incorporation of the degree of ischemia in the classification of acute burns has been attempted in animal studies and its extension to human trials ma...

Purpose To correlate Optical coherence tomography (OCT) based morphological patterns of diabetic macular edema (DME), prognostic biomarkers and grade of diabetic retinopathy (DR) in patients with various stages of chronic kidney disease (CKD) secondary to diabetes. Design Multicentric retrospective cross-sectional study conducted at seven centres across India. Methods Data from medical records of patients with DME and CKD was entered in a common excel sheet across all seven centers. Staging of CKD was based on estimated glomerular filtration rate (eGFR). Results The most common morphological pattern of DME was cystoid pattern (42%) followed by the mixed pattern (31%). The proportion of different morphological patterns did not significantly vary across various CKD stages (p=0.836). Presence of external limiting membrane-ellipsoid zone (ELM-EZ) defects (p<0.001) and foveal sub-field thickness (p=0.024) showed a direct correlation with the stage of CKD which was statistically signif... 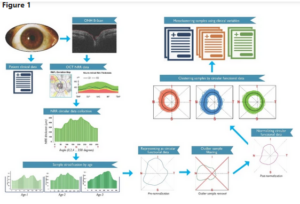 Progressive optic neuropathies such as glaucoma are major causes of blindness globally. Multiple sources of subjectivity and analytical challenges are often encountered by clinicians in the process of early diagnosis and clinical management of these diseases. In glaucoma, the structural damage is often characterized by neuroretinal rim (NRR) thinning of the optic nerve head, and other clinical parameters. Baseline structural heterogeneity in the eyes can play a key role in the progression of optic neuropathies, and present challenges to clinical decision-making. We generated a dataset of Optical Coherence Tomography (OCT) based high-resolution circular measurements on NRR phenotypes, along with other clinical covariates, of 3973 healthy eyes as part of an established clinical cohort of Asian Indian participants. We introduced CIFU, a new computational pipeline for CIrcular FUnctional data modeling and analysis. We demonstrated CIFU by unsupervised circular functional clustering of t...

Penetrating ocular injury is an important cause of loss of vision and may be associated with the presence of intraocular foreign body (IOFB). Missed IOFB may present with non-specific clinical features which may delay accurate diagnosis and proper management. We are presenting a case of unusual retained intraocular foreign body in a 38-year-old woman which emphasizes the need of careful review of patient's traumatic history and need of investigation like anterior segment optical coherence tomography (ASOCT) in diagnosis, localization of foreign body and follow-up after foreign body removal. ( Read Full Article ) 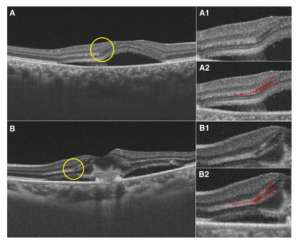 We here in report an interesting optical coherence tomography (OCT) observation in two different eyes. First case represents a 26-year-old man, with a history of tobacco chewing for 8 years, presented with sudden onset of scotoma in his right eye for 1 week. The uncorrected visual acuity was 20/40 in right eye (OD) and 20/20 in left eye (OS), respectively. Anterior segment was essentially within normal limits. Right eye fundus examination revealed a dull foveal reflex with neurosensory detachment and subretinal fibrin features suggestive of central serous chorioretinopathy. OCT of OD passing through macula confirmed presence of a neurosensory detachment with subretinal hyper-reflective material. On a closer look we could appreciate a ‘Y’ split of the outer plexiform layer (OPL) ( figure 1A, A1 and A2 ). Case 2 represents a 33-year-old woman who presented to us with recent onset metamorphopsia in her left eye for 2 days. Best corrected visual acuity was 20/2...
1 - 15 of 91 // 1 2 3 … 7 Next