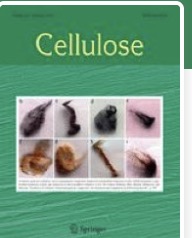 Significant importance in the stiffness of materials, such as filaments and films, made of elongated components, has been attributed to orientation. Thus, the control of orientation during the manufacturing of materials has been the target of process optimization for long time. Measuring orientation during the process allows to better grasp the means to control it. In fact, such on-line tools would enable on-fly process control and optimization improving the flexibility with regards to the raw materials used, and the application requirements. In this article, we will discuss a method based on Polarization Sensitive Optical Coherence Tomography utilized as a light-weight on-line measurement tool of particle (here cellulose nanocrystals) orientation for the purposes of manufacturing next generation products by providing the appropriate interpretation of the retardation images with the help of modelling 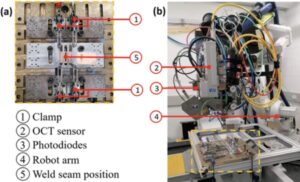 This study has been designed to investigate whether variations in the features of laser weldments can be isolated and diagnosed by fusing photodiodes and optical coherence tomography (OCT). Two manufacturing scenarios (variation in laser power and focal offset) have been considered during remote laser welding of 0.2 mm thick Cu foils on 2 mm thick Al 1050 plates with an adjustable ring mode laser integrated with a 1D oscillation head. The process was monitored by measuring weld penetration depth with OCT and by process emissions (plasma and back-reflection) via photodiodes. The acquisition frequency of all signals was 40 kHz. Strong correlations (r > 0.75) were shown between plasma, back-reflection, and OCT signals and measured depth and width of the weld. Weak correlations (r < 0.5) between voids, cracks, and sensor signals were observed. Although plasma is the predominant signal that carries most of the information about the process, and the OCT allows direct measurement of ... 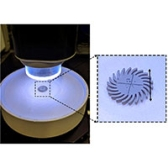 This study aimed to evaluate the behavior of spiral polishing systems in restorative materials through optical coherence tomography (OCT). Performance of spiral polishers specific to resin and ceramics were evaluated. The surface roughness of restorative materials was measured, and images of the polishers were acquired by OCT and stereomicroscope. Surface roughness was reduced in ceramic and glass-ceramic composite polished with a system specific to resin (𝑝<0.01�<0.01). Surface area variation was observed on all polishers, except for the medium-grit polisher tested in ceramic (𝑝<0.05�<0.05). Similarity between images obtained through OCT and stereomicroscopy presented a Kappa inter- and intra-observer of 0.94 and 0.96, respectively. Then, OCT was able to evaluate wear areas in spiral polishers. 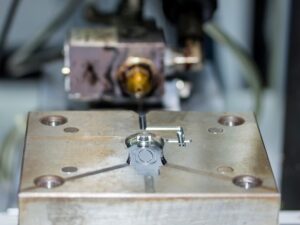 The demonstration samples were assessed by an in-mould optical coherence tomography (OCT) system to detect misalignment between the mould and the components. To complement this, a mechatronic module was developed to reposition the mould and correct deviations. The OCT can also detect defects on samples after the injection process, such as cracks or bubbles. The team also created a module, based on a fibre optic sensor, to monitor the mould cavity filling process in real time, while a station to assess the quality and performance of the manufactured devices was integrated into the pilot line. “We have also developed predictive quality assurance based on neural networks and fed by data provided by other injection moulding manufacturing chains,” says Otero-Ramudo. 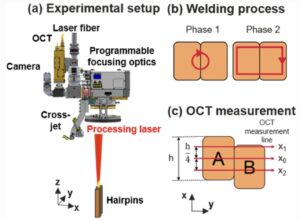 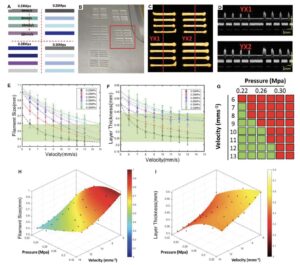 Extrusion-based three-dimensional (3D) bioprinting is one of the most common methods used for tissue fabrication and is the most widely used additive manufacturing technique in all industries. In extrusion-based bioprinting, printing defects related to material deposition errors lead to a significant deviation from shape to function between the printed construct and design model. Using 3D extrusion-based bioprinter-associated optical coherence tomography (3D P-OCT), an in situ defect detection and feedback system was presented based on the accurate defect analysis and location, and a pre-built feedback mechanism. Using 3D P-OCT, multi-parameter quantification of the material deposition was carried out in real time, including the filament size, layer thickness, and layer fidelity. The material deposition errors under different paths were quantified and located specifically, including the start-stop points, straight-line path, and turnarounds. The pre-built feedback mechanism involvin... 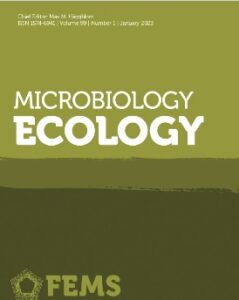 Cyanobacteria are new sources of value-added compounds but also ubiquitous and harmful microfoulers on marine biofouling. In this work, the isolation and identification of two cyanobacterial strains isolated from Cape Verde and Morocco, as well as their biofilm-forming ability on glass and Perspex under controlled hydrodynamic conditions were performed. Phylogenetic analysis revealed that cyanobacterial strains isolated belong to Leptothoe and Jaaginema clade (Leptothoe sp. LEGE 181153 and Jaaginema sp. LEGE 191154). From quantitative and qualitative data of wet weight, chlorophyll a content and biofilm thickness obtained by Optical Coherence Tomography (OCT), no significant differences were found in biofilms developed by the same cyanobacterial strain on different surfaces (glass and Perspex). However, the biofilm-forming potential of Leptothoe sp. LEGE 181153 proved to be higher when compared to Jaaginema sp. LEGE 191154, particularly at the maturation stage of biofilm development...

Optical force estimation for interactions between tool and soft tissues 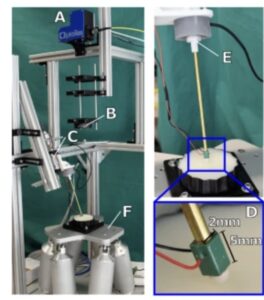 Robotic assistance in minimally invasive surgery offers numerous advantages for both patient and surgeon. However, the lack of force feedback in robotic surgery is a major limitation, and accurately estimating tool-tissue interaction forces remains a challenge. Image-based force estimation offers a promising solution without the need to integrate sensors into surgical tools. In this indirect approach, interaction forces are derived from the observed deformation, with learning-based methods improving accuracy and real-time capability. However, the relationship between deformation and force is determined by the stiffness of the tissue. Consequently, both deformation and local tissue properties must be observed for an approach applicable to heterogeneous tissue. In this work, we use optical coherence tomography, which can combine the detection of tissue deformation with shear wave elastography in a single modality. We present a multi-input deep learning network for processing of local ...

In-process monitoring of weld penetration depth is possible with optical coherence tomography (OCT). The weld depth can be identified with OCT by statistical signal processing of the raw OCT signal and keyhole mapping. This approach is only applicable to stable welding processes and requires a time-consuming keyhole mapping to identify the optimal placement of a singular OCT measuring beam. In this work, we use an OCT measurement line for the identification of the weld depth. This approach shows the advantage that the calibration effort can be reduced as the measurement line requires only calibration in one dimension. As current literature focuses on weld depth measurement with a singular measurement point in the keyhole, no optimal algorithm exists for weld depth measurement with an OCT measurement line. We developed seven different weld depth processing pipelines and tested these algorithms under different weld conditions, such as stable deep penetration welding, unstable deep pen...

Easy and Affordable: A New Method for the Studying of Bacterial Biofilm Formation 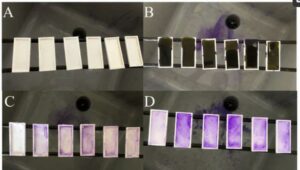 Background: Bacterial biofilm formation (BBF) proves itself to be in the spotlight of microbiology research due to the wide variety of infections that it can be associated with, the involvement in food spoilage, industrial biofouling and perhaps sewage treatment. However, BBF remains difficult to study due to the lack of standardization of the existing methods and the expensive equipment needed. We aim to describe a new inexpensive and easy to reproduce protocol for a 3D-printed microfluidic device that can be used to study BBF in a dynamic manner. Methods: We used the SolidWorks 3D CAD Software (EducationEdition 2019–2020, Dassault Systèmes, Vélizy-Villacoublay, France) to design the device and the Creality3D Ender 5 printer (Shenzhen Creality 3D Technology Co., Ltd., Shenzhen, China) for its manufacture. We cultivated strains of Enterococcus faecalis, Staphylococcus aureus, Klebsiella pneumoniae and Pseudomonas aeruginosa . For the biofilm evaluation we used op... 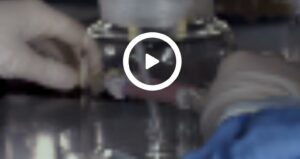 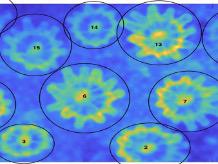 The surface area (SA) and three-dimensional (3D) morphology of reef-building corals are central to their physiology. A challenge for the estimation of coral SA has been to meet the required spatial resolution as well as the capability to preserve the soft tissue in its native state during measurements. Optical Coherence Tomography (OCT) has been used to quantify the 3D microstructure of coral tissues and skeletons with nearly micron-scale resolution. Here, we develop a non-invasive method to quantify surface area and volume of single coral polyps. A coral fragment with several coral polyps as well as calibration targets of known areal extent are scanned with an OCT system. This produces a 3D matrix of optical backscatter that is analyzed with computer algorithms to detect refractive index mismatches between physical boundaries between the coral and the immersed water. The algorithms make use of a normalization of the depth dependent scatter intensity and signal attenuation as well a... 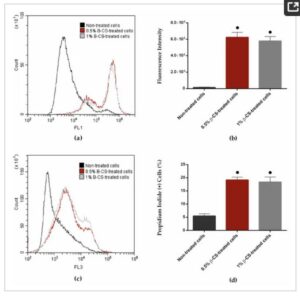 Marine biofouling is a natural process often associated with biofilm formation on submerged surfaces, creating a massive economic and ecological burden. Although several antifouling paints have been used to prevent biofouling, growing ecological concerns emphasize the need to develop new and environmentally friendly antifouling approaches such as bio-based coatings. Chitosan (CS) is a natural polymer that has been widely used due to its outstanding biological properties, including non-toxicity and antimicrobial activity. This work aims to produce and characterize poly (lactic acid) (PLA)-CS surfaces with CS of different molecular weight (Mw) at different concentrations for application in marine paints. Loligo opalescens pens, a waste from the fishery industry, were used as a CS source. The antimicrobial activity of the CS and CS-functionalized surfaces was assessed against Cobetia marina , a model proteobacterium for marine biofouling. Results demonstrate that CS targets the bacteri... 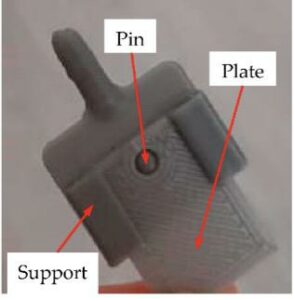 3D-printed materials are present in numerous applications, from medicine to engineering. The aim of this study is to assess their suitability for an application of interest today, that of testing of 3D-printed polylactic acid (PLA)-based reactors for biogas production using anaerobic digestion. The impact of temperature, pH, and aqueous phase on the tested bioreactor is investigated, together with the effect of the gaseous phase (i.e., produced biogas). Two batches of materials used separately, one after another inside the bioreactor were considered, in a realistic situation. Two essential parameters inside the reactor (i.e., pH and temperature) were continuously monitored during a time interval of 25 to 30 days for each of the two biogas-generating processes. To understand the impact of these processes on the walls of the bioreactor, samples of 3D-printed material were placed at three levels: at the top (i.e., outside the substrate), in the middle, and at the bottom of the bioreact... 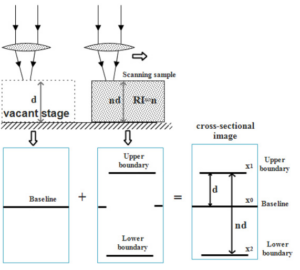 This study introduces a new method to measure high refractive index (RI) materials with irregular shapes based on optical coherent tomography (OCT) images. Since the optical path length is the critical parameter to calculate RI, image fusion, thresholding, boundary extraction, and Hough transform were adopted in a well-organized sequence to extract this parameter when analyzing OCT images. Hough transform plays a key role in target recognition and parameter extraction. Glass and diamond were used as samples to test the validity of this method. The measurement result has reasonable consistency with the standard value. The method introduced in this paper has the potential to raise the automation and intelligence level of the existing research. A bright application prospect can be expected in industrial fields, such as optical glass, jewelry, and mineral substance. ( Read Full Article )
1 - 15 of 554 // 1 2 3 … 37 Next