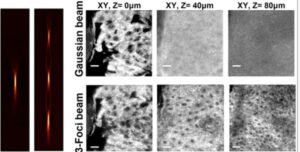 Cellular-resolution optical coherence tomography (OCT) is a powerful tool offering noninvasive histology-like imaging. However, like other optical microscopy tools, a high numerical aperture (N.A.) lens is required to generate a tight focus, generating a narrow depth of field, which necessitates dynamic focusing and limiting the imaging speed. To overcome this limitation, we developed a metasurface platform that generates multiple axial foci, which multiplies the volumetric OCT imaging speed by offering several focal planes. This platform offers accurate and flexible control over the number, positions, and intensities of axial foci generated. All-glass metasurface optical elements 8 mm in diameter are fabricated from fused-silica wafers and implemented into our scanning OCT system. With a constant lateral resolution of 1.1 μm over all depths, the multifocal OCT triples the volumetric acquisition speed for dermatological imaging, while still clearly revealing features of stratum co...

An organoid is a three-dimensional (3D) in vitro cell culture emulating human organs. We applied 3D dynamic optical coherence tomography (DOCT) to visualize the intratissue and intracellular activities of human induced pluripotent stem cells (hiPSCs)-derived alveolar organoids in normal and fibrosis models. 3D DOCT data were acquired with a 840-nm spectral domain optical coherence tomography with axial and lateral resolutions of 3.8 {\mu}m (in tissue) and 4.9 {\mu}m, respectively. The DOCT images were obtained by the logarithmic-intensity-variance (LIV) method, which is sensitive to the signal fluctuation magnitude. The LIV images revealed cystic structures surrounded by high-LIV borders and mesh-like structures with low LIV. The former may be alveoli with a highly dynamics epithelium, while the latter may be fibroblasts. The LIV images also demonstrated the abnormal repair of the alveolar epithelium. 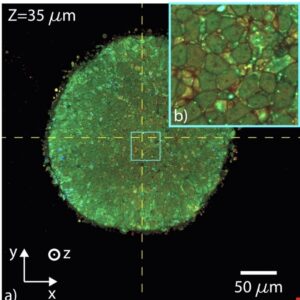 Dynamic full-field optical coherence tomography (D-FFOCT) has recently emerged as a label-free imaging tool, capable of resolving cell types and organelles within 3D live samples, whilst monitoring their activity at tens of milliseconds resolution. Here, a D-FFOCT module design is presented which can be coupled to a commercial microscope with a stage top incubator, allowing non-invasive label-free longitudinal imaging over periods of minutes to weeks on the same sample. Long term volumetric imaging on human induced pluripotent stem cell-derived retinal organoids is demonstrated, highlighting tissue and cell organisation as well as cell shape, motility and division. Imaging on retinal explants highlights single 3D cone and rod structures. An optimal workflow for data acquisition, postprocessing and saving is demonstrated, resulting in a time gain factor of 10 compared to prior state of the art. Finally, a method to increase D-FFOCT signal-to-noise ratio is demonstrated, allowing rapi... 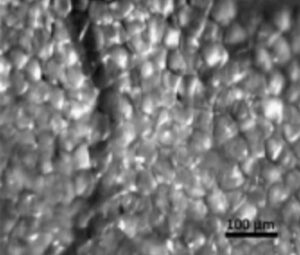 Adipose tissue (AT) optical properties for physiological temperatures and in vivo conditions are still insufficiently studied. The AT is composed mainly of packed cells close to spherical shape. It is a possible reason that AT demonstrates a very complicated spatial structure of reflected or transmitted light. It was shown with a cellular tissue phantom, is split into a fan of narrow tracks, originating from the insertion point and representing filament-like light distribution. The development of suitable approaches for describing light propagation in a AT is urgently needed. A mathematical model of the propagation of light through the layers of fat cells is proposed. It has been shown that the sharp local focusing of optical radiation (light localized near the shadow surface of the cells) and its cleavage by coupling whispering gallery modes depends on the optical thickness of the cell layer. The optical coherence tomography numerical simulation and experimental studies results dem... 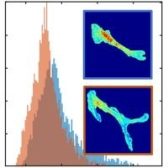 Biomedical researchers use optical coherence microscopy (OCM) for its high resolution in real-time label-free tomographic imaging. However, OCM lacks bioactivity-related functional contrast. We developed an OCM system that can measure changes in intracellular motility (indicating cellular process states) via pixel-wise calculations of intensity fluctuations from metabolic activity of intracellular components. To reduce image noise, the source spectrum is split into five using Gaussian windows with 50% of the full bandwidth. The technique verified that F-actin fiber inhibition by Y-27632 reduces intracellular motility. This finding could be used to search for other intracellular-motility-associated therapeutic strategies for cardiovascular diseases. 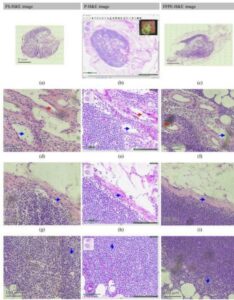 Frozen-sectioned hematoxylin–eosin (H&E) image evaluation is the current method for intraoperative breast cancer metastasis assessment through ex vivo sentinel lymph nodes (SLNs). After frozen sectioning, the sliced fatty region of the frozen-sectioned specimen is easily dropped because of different freezing points for fatty tissues and other tissues. Optical-sectioned H&E images provide a nondestructive method for obtaining the insight en face image near the attached surface of the dissected specimen, preventing the freezing problem of fatty tissue. Specimens from 29 patients at Wanfang Hospital were collected after excision and were analyzed at the pathology laboratory, and a fluorescence-in-built optical coherence microscopic imaging system (OCMIS) was then used to visualize the pseudo-H&E (p-H&E) images of the SLNs for intraoperative breast cancer metastasis assessment, and the specificity, sensitivity, and accuracy were 100%, 88.9%, and 98.8% ( n = 83), re... 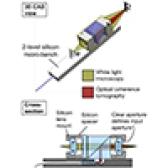 We present a novel bimodal endoscopic imaging probe that can simultaneously provide full-field white-light video microscopy and confocal optical coherence tomography (OCT) depth scans. The two modalities rely on spectrally separated optical paths that run partially in parallel through a micro-optical bench system, which has a cross-section of only 2   mm × 2.76   mm 2 mm×2.76 mm and is realized via standard silicon micromachining techniques. With a numerical aperture of 0.061, the video modality has a resolution and field of view of 9.3 and 1240   μm × 1080   μm 1240 μm×1080 μm , respectively. The resolution is limited by the pixel spacing of the coherent fiber bundle, which relays the acquired image from the distal to the proximal end. A custom-designed diffractive optical element placed within the video imaging path significantly improves the image contrast by up to 45% in the medium freque... 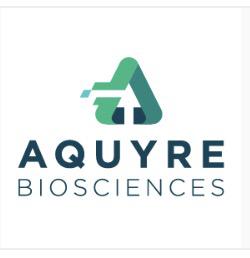 Aquyre Biosciences recognizes Lung Cancer Awareness Month by reaching a milestone of over 400 lung biopsy procedures completed using the CelTivity™ microscopic system. CelTivity provides an easy-to-read image, like a PET scan for cells, making cancer cells glow. Physicians found that by using CelTivity they had a significantly higher rate of cancer detection (96%), compared to traditional methods (57%). By using CelTivity, physicians can be more confident in their findings and quickly provide diagnosis guidance to patients. CelTivity is the only microscopic system on the market to provide physicians with a non-destructive Rapid On-Site Evaluation (ROSE) of a biopsy for both fine needle aspiration (FNA) and tissue. Powered by proprietary technologies, including Dynamic Cell Imaging™ (DCI), CelTivity analyzes the entire biopsy’s intracellular and metabolic activity. This activity is then presented in a heatmap, making results easy to interpret. The two-minu... 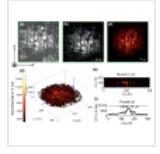 Quantum-optical coherence tomography (QOCT) is an optical sectioning modality based on the quantum interference of entangled photon pairs in the well-known Hong-Ou-Mandel interferometer. Despite its promise, the technique is far from being competitive with current classical OCT devices due to the long required acquisition times, derived from the low photon-pair emission rates. In this work, we, on the one hand, demonstrate a quantum optical coherence microscopy technique, based on full-field QOCT, which employs entangled collinear photon pairs in a Linnik interferometer designed to overcome some of the limitations of previous QOCT implementations, and, on the other hand, test it on representative samples, including glass layers with manufactured transverse patterns and metal-coated biological specimens. In our setup, while the idler photon is collected with a multimode fiber, the signal photon is detected by an intensified charge-coupled device camera, leading to full-field transver... 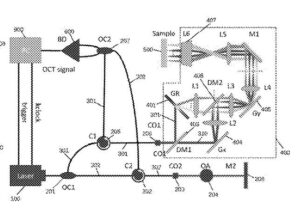 Ciliary motion in the upper airway is the primary mechanism by which the body transports foreign particulate out of the respiratory system. The ciliary beating frequency (CBF) is often disrupted with the onset of disease. Current imaging of ciliary motion relies on microscopy and high speed cameras, which cannot be easily adapted to in-vivo imaging. M-mode optical coherence tomography (OCT) imaging is capable of visualization of ciliary activity, but the field of view is limited. ( Read Full Article ) 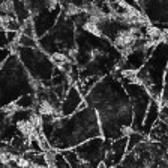 Corneal imaging is important for the diagnostic and therapeutic evaluation of many eye diseases. Optical coherence tomography (OCT) is extensively used in ocular imaging due to its non-invasive and high-resolution volumetric imaging characteristics. Optical coherence microscopy (OCM) is a technical variation of OCT that can image the cornea with cellular resolution. Here, we demonstrate a blue-light OCM as a low-cost and easily reproducible system to visualize corneal cellular structures such as epithelial cells, endothelial cells, keratocytes, and collagen bundles within stromal lamellae. Our blue-light OCM system achieved an axial resolution of 12 µm in tissue over a 1.2 mm imaging depth, and a lateral resolution of 1.6 µm over a field of view of 750 µm × 750 µm. ( Read Full Article ) 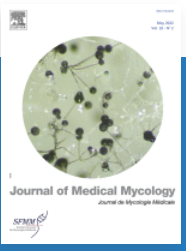 Histopathology and microscopic examination of infected tissue are the gold standards to prove the diagnosis of invasive fungal infection (IFI). Yet, they suffer from essential limitations that hamper rapid diagnosis and require the future development of new imaging tools dedicated to fungal diagnostics. To this end, the present work introduces the first use of dynamic full-field optical coherence tomography (D-FF-OCT) for the visualization of microscopic filamentous fungi. Data collected from the observation of three different fungal species (Nannizzia gypsea, Aspergillus fumigatus and Rhizopus arrhizus) confirm the ability of D-FF-OCT to visualize not only the main structures of all selected fungal species (hyphae, spores, conidia, sporulating structures), but also the metabolic activity of the organisms, which could provide additional help in the future to better characterize the signature of each fungal structure. These results demonstrate how D-FF-OCT could serve as potential co... 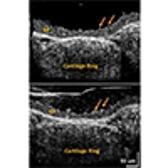 We report the design and fabrication of a flexible, longitudinally scanning high-resolution micro-optical coherence tomography (μOCT) endobronchial probe, optimized for micro-anatomical imaging in airways. The 2.4 mm diameter and flexibility of the probe allows it to be inserted into the instrument channel of a standard bronchoscope, enabling real-time video guidance of probe placement. To generate a depth-of-focus enhancing annular beam, we utilized a new fabrication method, whereby a hollow glass ferrule was angle-polished and gold-coated to produce an elongated annular reflector. We present validation data that verifies the preservation of linear scanning, despite the use of flexible materials. When utilized on excised, cultured mouse trachea, the probe acquired images of comparable quality to those obtained by a benchtop μOCT system. ( Read Full Article ) 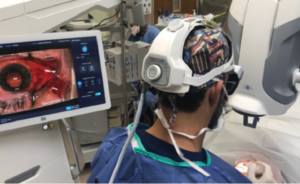 As the medical director of a recently opened retina practice that I launched after many years in a group practice, I was gratified to have the opportunity to be among the first retinal surgeons in the US to perform surgery with the assistance of this platform. When operating with the Beyeonics One system, we viewed the surgical field in 3D through the surgical headset rather than on an external screen, such as those associated with “heads up” surgical systems. The setup places me at a control center, where I can use the platform to access optical coherence tomography images and other information that can potentially help throughout the procedure (Figure 3) ( Read Full Article ) 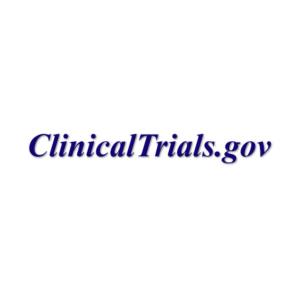